Our first poll post of the new year for 2019 gets under way now, and as usual, Iĺll start off talking about the Stones poll, where we enter week 1,015, and where we always run 2 different poll questions each week. For the first poll, we will answer this question: Who was the best guitarist in the Stones?

The 4 Stones listed as the poll choices are of course, Richards, Jones, Taylor, and Wood. Even though Jagger has played a ton of guitar for the band since the 1970s and onward, I'm not listing him since his main job is being the lead singer.

To cast your vote in this weekĺs first Stones poll, just click on: Stones Weekly Poll and click on Poll 1.

For the second Stones Poll this week we ask this: The Rolling Stones, Now! vs Bridges To Babylon, which album do you like best?

ôThe Rolling Stones, not Now! but many moons ago!ö poll series returns this week featuring the 1965 Stones album The Rolling Stones, Now!. This LP is doing okay in these battles, sporting a winning record of 12-9, good for 11 th place in the album standings. This week it takes on the 1997 LP Bridges To Babylon, which shows up for the third week in a row in these battles, and after this week will only have one match left to partake in. B2B isnĺt doing well at all in these matchups, with a record of just 2 wins against 20 losses, and sits in third to last place.

To vote in this weekĺs second Stones poll, just click on: Stones Weekly Poll and click on Poll 2.

Looking back at our first Stones poll last week, we answered this question: What is your least favorite song on Blue and Lonesome

The second Stones poll last week asked this question: Bridges To Babylon vs Exile On Main Street, which album do you like best?

Okay, everybody already knows which LP won this match in a landslide. To see the final results from this poll, click on this link: Stones Weekly Poll 2- week 1,014. Or, you can see all of the final results and see the updated, current album standings at the Stones VS Page 1.

Now letĺs head on over to the Classic Rock Poll, where we enter poll week 655, and in this one we also vote on 2 different poll questions in one week. For the first Rock poll the question asks this: What is the best song with 'sun' in the title? (Part 2 of 3)

Part 2 of 3 of this question dealing with songs that have ôsunö in their title. There another 24 songs to choose from on this weekĺs Part 2 list. To make your pick and vote, just click here: Classic Rock Poll, and when you get to this page, choose ôPoll 1ö to vote on this question.

For our second Rock poll, we have the Rock VS poll, which asks this: ôRag Doll" by The 4 Seasons vs ôUptown Girlö by Billy Joel. Which of these songs dealing with 2 gals and their social class, do you like better? 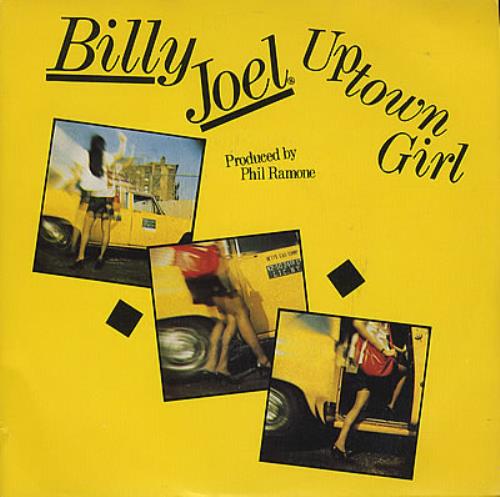 Early last year, Shattered wrote something here about these 2 songs being total opposites of each other and that BJ actually wrote UG as a nod to the 4 Seasons. In turn, the 4 Seasons (what's left of them) started to perform the BJ song live. Anyway, I realized after that post, that these 2 tunes would make for a great VS poll question.

So letĺs do it! Which of these 2 songs do you like better? To vote in this weekĺs second Rock poll, just click here: Classic Rock Poll, and when you get to this page, choose ôPoll 2ö to vote on this question.

Looking back at last weekĺs 2 Rock polls, the first question asked: What is the best song with 'sun' in the title? (Part 1 of 3)

Last week was week one of asking this question. The top 8 or 9 songs from this one will make it into the final round, the exact number will depend on just how many songs from Parts 1 and 2 qualify when all of the voting is finished. But to see the full results from this question last week, just click here: Classic Rock Poll 1, week 655.

Looking back at last weekĺs VS Rock poll, the question was: ôPictures of Lilyö by The Who vs ôCenterfoldö by The J Geils band, which song about being in love with a pinup, is better? (Part 2) 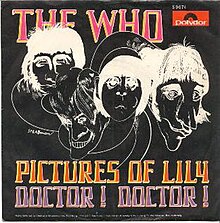 Like in Part 1 when ôPictures Of Lilyö won by just a couple of votes over the song ôPhotographö by Def Leppard, this time it won this round by just 3 votes! I voted for the other 2 songs myself, but Iĺm good at picking the loser often enough. To see this pollĺs final reults, just click here: Classic Rock Poll 1, week 654. Or to see the results on the list page only, please go here: VS Page 1, List Page, 8.

I usually close up the poll post talking about the weekĺs new Beatles poll, but as I noted below the other day in another post, I wonĺt be able to run this poll this week. Iĺll explain why next, but first, let me go over last weekĺs results from this poll. Last week's Beatles poll asked: What is the Beatles best instrumental song?

ôFlyingö, their 1967 song, was the top pick. You can click here to see the full result from last weekĺs Beatles poll: Beatles Weekly Poll ľ week 407. Or you can view the top result from the poll at the Favorite Beatle Song Page.

So, thanks to this moronic Beatle Poll spammer, I am unable to run a Beatles poll for the time being, and if nobody can help me with this issue, maybe never again. This nut has been spamming the Beatles poll for somewhere around 7 or 8 years now, but up until last week, none of his spam was ever recorded, since heĺs been blocked from voting. But somehow this true low life ľ who must not have any real life, found out how to have his IP address changed every time he votes, to get around his ban, and started to spam all 5 of the Beatle On Going Polls and the Beatles weekly poll on Thursday. He also to a lesser degree is spamming all of the Rock Polls, too ľ that is, the ones where the Beatles come up in! The Stones polls and 2 On Going Rock polls (for Best female singer, and the Rock Hall poll, are the only polls not being hit. Our polling system is a very old program, and I have no way to stop him right now. I have spoken to my domainĺs host, since itĺs their server getting hit, and Iĺm hoping that he can be banned from even viewing the domain. But I canĺt tell myself which IP heĺs really using to do that, Iĺm hoping my host can figure this out for me. He spammed the On Going Polls 827 times in 4 days, and thatĺs not counting his spamming 2 of the weekly polls, too. Today I spent almost 4 hours cleaning up his mess, and as of late this afternoon, 100% of his spam votes were taken down. But I canĺt be spending my time all week doing this.

So thatĺs why thereĺs no Beatles poll this week, and again, if this nut isnĺt stopped, that will be it for the Beatles polls. Isnĺt that nice, some slime ball will put an end to 6 very popular Beatles polls, 5 of which that have been running nonstop for 20 years! This should never be allowed to happen, but itĺs beyond my control, and I got nobody to help me with this if my host canĺt do anything. Unless somebody reading this as an idea on what to do. Please email me if you do! But I cannot afford to have a modern day poll system built, one that would stop this jackass. So anyway, the weekly Beatles poll that averages 1100 votes a week, canĺt be run for now.

Anyway, I thank all of you who support out polls each week by voting in them. Letĺs all stick together and keep voting and hope that this spammer can be stopped ASAP!

ę 1998 - 2020 by Keno Internet Services, except where otherwise noted. All rights reserved.