Saguache is the county seat of Saguache County, Colorado. The population was 493 at the U.S. Census 2010. Named by the Native American Ute tribe, meaning '"green place" (the meaning is disputed), and pronounced by the Utes as 'sə wŭp;'. But when the white settlers came to town, they mispronounce it, and called it 'sə wäch.', while keeping its Native American spelling. Yet the nearby Sawatch Mountains are spelled in the English language version. 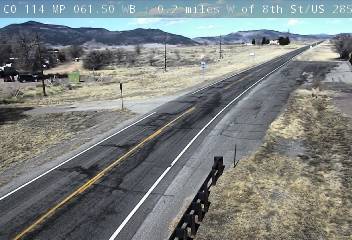