Poncha Pass is a mountain pass in South-Central Colorado, with an elevation of 9,010 feet. It lies between the San Luis Valley to the south and the valley of the Arkansas River to the north. It is where the Sangre de Cristo Mountains (to the east) and the San Juan Mountains (to the west) meet. U.S. Highway 285 runs over the pass.

Poncha Springs is a small town in Chaffee County, Colorado. The population was 737 at the 2010 census. The first human inhabitants of the Poncha Springs area were the Ute people, who used the region as camping grounds during the winter months. The European discovery of the Poncha hot springs is widely disputed. Some historians believe Lt. Zebulon Pike, after whom Pikes Peak is named, made the discovery in 1806. Others credit frontiersman Kit Carson, who passed through Poncha Springs in 1832. 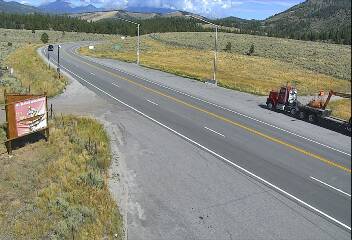 Poncha Pass, U.S. Hwy 285 - looking south towards the San de Cristo Mountains
(Well, it used to look towards those beautiful mountains, but CDOT removed the view! Our tax dollars at work!) 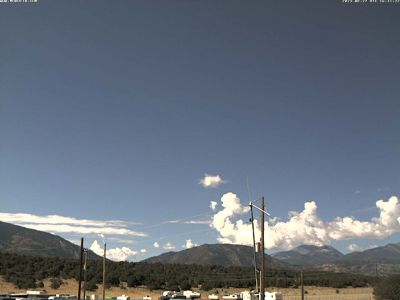 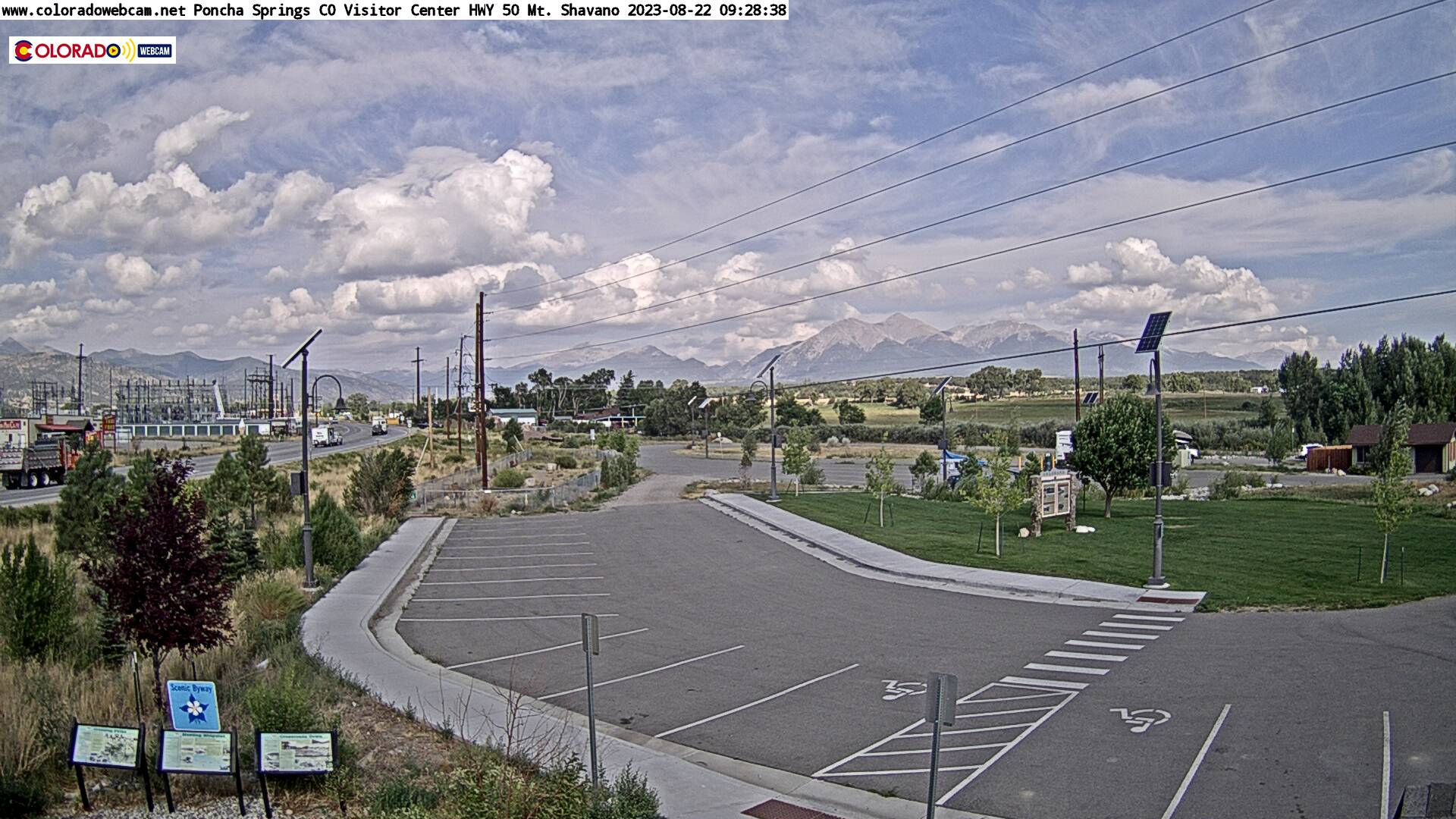